What is this, a crossover episode?

Two critically acclaimed shows about bitter, cynical people struggling towards redemption ended this week and, after watching them both, what stood out was how the ways the characters say goodbye to each other mirror how we as an audience say goodbye to them. Here be spoilers.

When discussing The Good Place finale, we found ourselves wondering why it wasn’t hitting as hard for us as it had for other people across social media. The characters’ goodbyes felt natural and earned but also utterly unsurprising. (That’s not a bad thing – in an era where showrunners will rewrite an arc because fans come too close to guessing the twist, there’s a lot to be said for thinking ‘yeah, that couldn’t have gone any other way’). 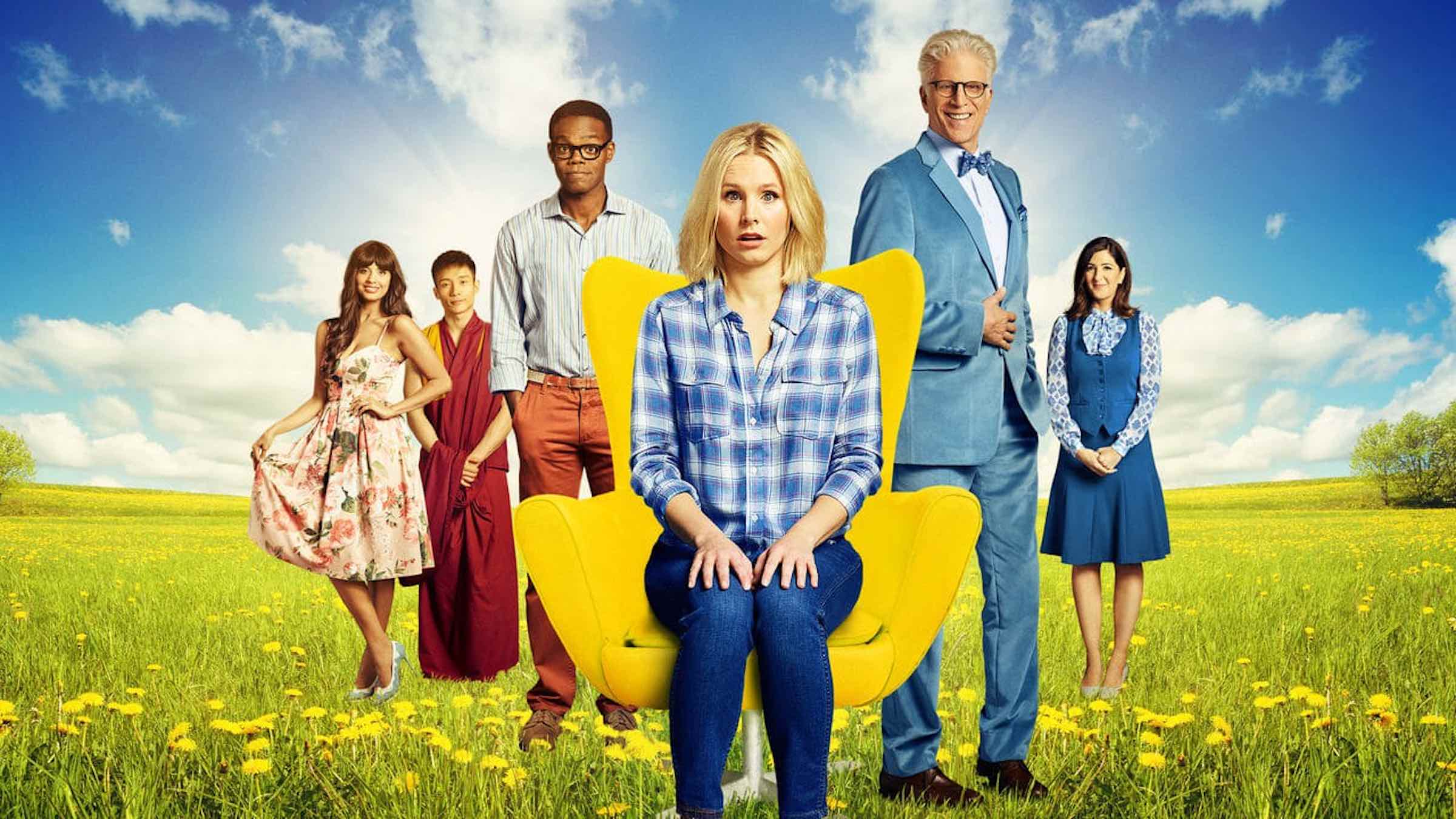 As we catalogue the characters’ time in The Good Place, their endings are so perfect that significant achievements almost stop mattering. Tahani and her sister are besties and their parents apologise, Eleanor’s parents and dirtbag friends become pleasant and loving, and all that happiness and fulfilment starts to become deadening. It’s like checking off boxes in warm-and-fuzzy bingo. We couldn’t get emotional for each moment of closure because there were just so many of them we got numb to it.

When we reach the actual Good Place in The Good Place, it becomes clear that the characters feel exactly the same way.  We see what happens when you get nothing but answers and happy endings – our brains turn to mush and we forget Neoplatonic theory as we munch endless shrimp cocktails and visit endless Parthenons. The solution? Not needing to endure it forever. Just as the cast realise they’ve achieved all the closure that they needed and are ready to move on, we as an audience have seen all the cute moments we thought we wanted, and we’re ready to move on as well. They are ready to end and we’re ready for them to end.

BoJack does something similar but in the opposite direction. While Eleanor, Chidi and the rest gradually strive to better themselves and ultimately succeed, BoJack fails. Again and again, he makes awful, selfish choices and hurts the people around him. Every time he (and we) think he’s improved, he backslides. And unlike Walter White and all the other compellingly toxic men in the media of the last decade his story mirrors, BoJack doesn’t go out on his own terms.

His friends see him for what he is and cut him out of their lives to a greater or lesser extent, which is why all of them find as close to a happy ending as you can get in Hollywoo(b). Biscuits Braxby lays out the horrible pattern of BoJack’s predatory treatment of the women in his life, the hollowness of his excuses, his continued failure to take responsibility, and his friends – and we as an audience – can no longer stomach him. He has crossed the line and gone from a compellingly conflicted and damaged protagonist to the stupid piece of shit he castigates himself for being who’s never going to change. BoJack may be alive at the end of season six, but could we comfortably watch another season of the show with him as a protagonist?

In an era where good shows become slogs as they drag into eight or nine or twelve seasons; in an era where the narrative is sacrificed for plot-twists and ‘closure’ is little more than a catchphrase, it’s satisfying to see two shows that consciously choose the earned ending. The Good Place knows what too much of a good thing will do to you as much as it acknowledges that ‘good’ is a far more nuanced proposition than old constructs allow for. BoJack Horseman recognises that while everyone deserves a chance to evolve, not everyone earns redemption.

These finales may have left us teary and gutpunched – or not – but they were, truly, endings.